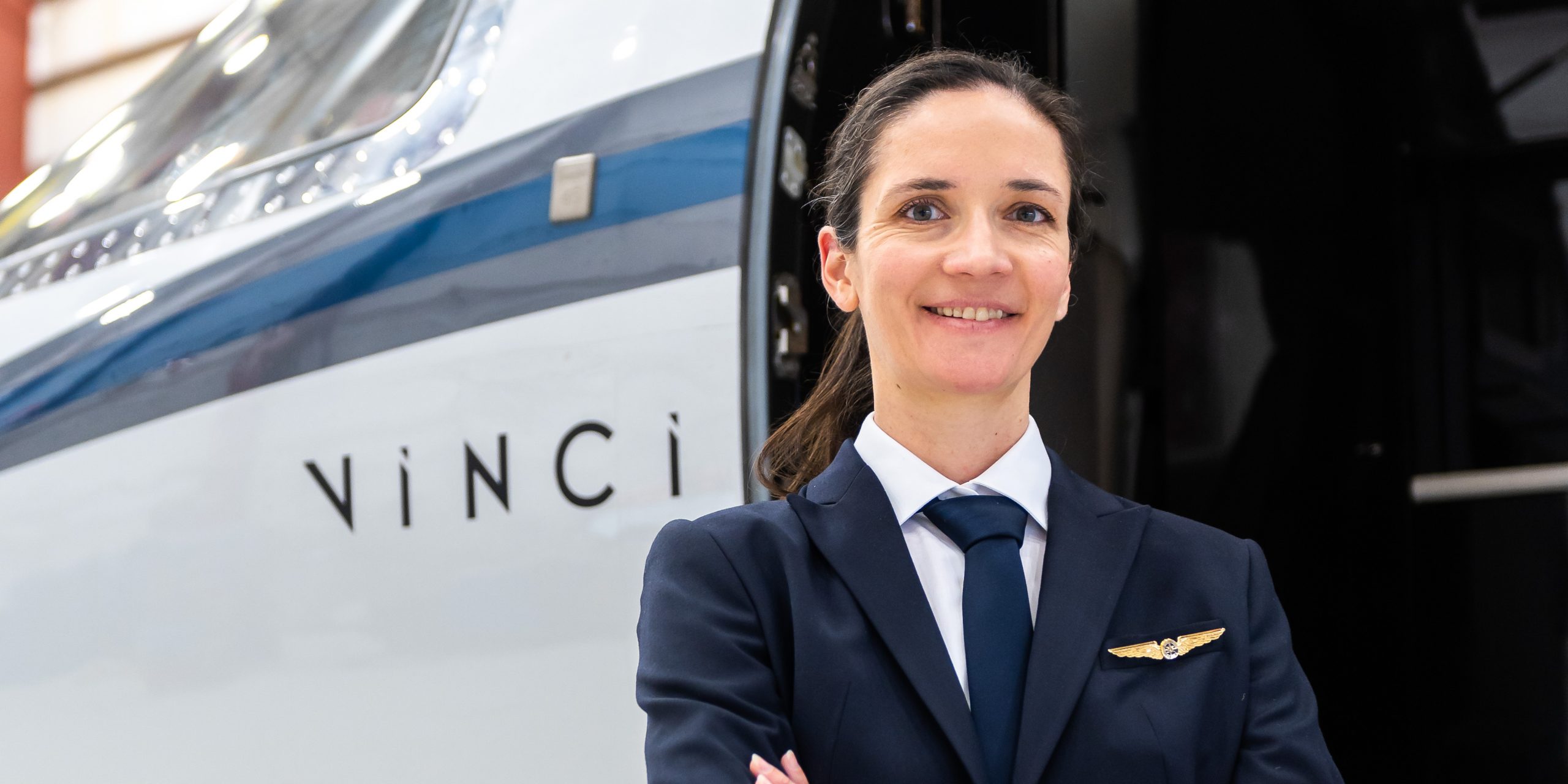 In March 2018, Nolinor Aviation launched its Become a Pilot airline pilot training program for current and future employees, as a way to address the critical shortage of pilots in the aviation industry.

We are thrilled to announce that Isabelle Beauvais is our first official program graduate!

With all her certifications now under her belt, Isabelle will soon take her first flight as First Officer of our Learjet 45.

“From her very first days with Nolinor six years ago, Isabelle has never ceased to amaze us. She rose quickly through the ranks of the in-flight service department, from flight attendant to flight director and on to manager. Her determination and perseverance led to her selection for the Become a Pilot program. Over the last 3 years, she has successfully completed all stages of her pilot training and is now qualified as First Officer on the Learjet 45. We are confident that she will continue to grow into her full potential in this new role. Congratulations on behalf of the entire team, Isabelle!”
– Marjorie Lafrance, Executive Director

Isabelle joined the Nolinor Aviation team as a flight attendant in February 2015. After an impressive year in the position, she accepted the challenge and became our Flight Director in March 2016. Isabelle’s progress didn’t end there—one year later, in April 2017, she was promoted to Flight Service Manager, a position she has held ever since.

When we launched the Become a Pilot program, Isabelle was one of the first to apply. Impressed by her determination, involvement and dedication, Isabelle’s application was quickly accepted. She began her training in May 2018 while continuing her duties as Flight Service Manager.

After more than two years of study, training and hard work, we’re looking forward to flying with Isabelle aboard the Learjet 45 very soon.

“I am so happy and excited to begin my new career as a pilot, and am extremely grateful to Nolinor for giving me this opportunity. I’m lucky to be part of a company that trusts their employees and encourages them to take on new challenges. I look forward to spending many more years with this great team. Thank you!”
– Isabelle Beauvais